Jasper has worked at SK VIDAR as a Sports Manager since 2004. 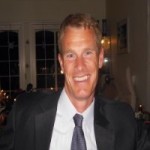 During his tenure, Jasper held a vital role in publicity and marketing on the organizational committee of the Oslo Marathon. Addtionally, Jasper was responsible for the development of some of Norway’s elite athletes such as Karoline Bjerkeli Grøvdal (3 time European Junior Champion), Sondre Nordstad Moen (European Under-23 champion at 10.000 metros) and Sindre Buraas (European Under-23 champion at 5000 metros). While Jasper worked there, SK VIDAR sent eleven athletes to the 2010 European Championships in Barcelona and seven athletes to the 2011 European Under-23 Championships in Ostrava. 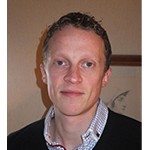 an impressive four consecutive Norwegian Championships. He represented Norway during the 2010 European Championships in Barcelona and has strong international competition experience and background. Andreas has a background as a manager at sporting retailer Løplabbet. After his time there, Andreas became a project manager at various road races throughout Norway. He has been integral in sponsor relationships and marketing in the development of the Oslo Marathon. Currently, Andreas is holds the position of sports chief at IF Kville in Göteborg. 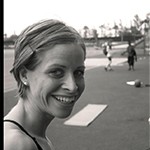 Vibecke is currently an active athlete with a focus in the 400 meters and 400m hurdle disciplines. She was the 2009 Norwegian champion at 400 metres where she also claimed a bronze medal in the 100 metros.
In AAM, Vibecke is the webmaster and is responsible for the day to day operations of the company. Additionally, Vibecke aides each athlete with his or her web presence.